What Is The Definition Of Hypocrisy? 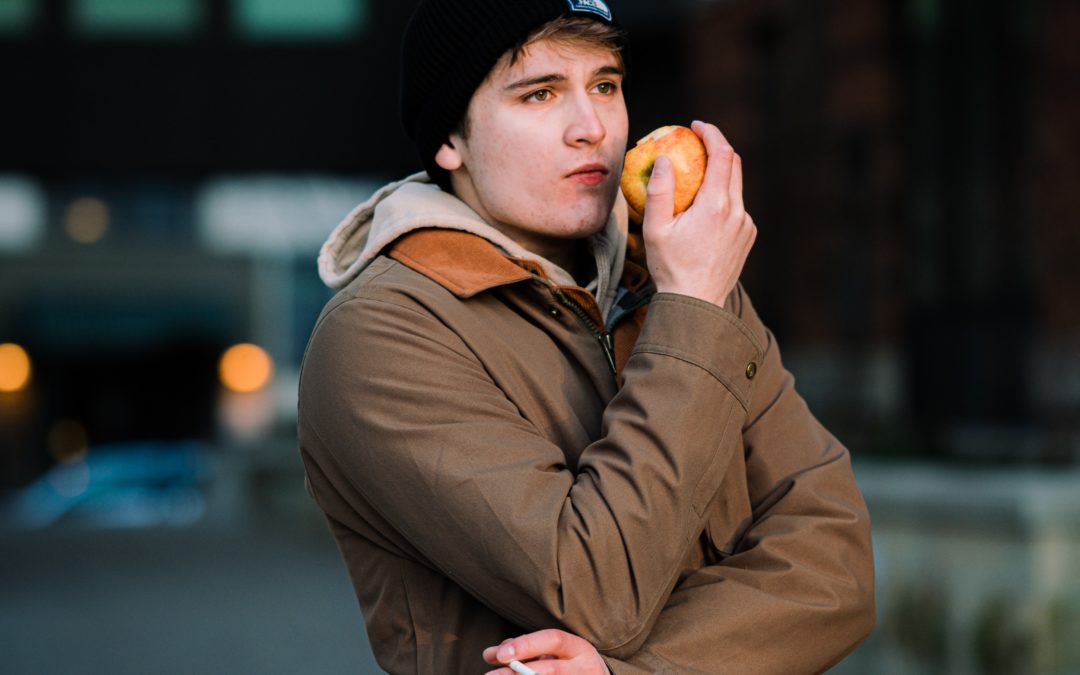 How do you define hypocrisy? Well, why not take a good look at this picture. You see a man who has an apple in one hand and a cigarette in another. I mean, there could be many reasons that he chose an apple instead of an unhealthy snack. Maybe he had a craving for an apple instead of a candy bar. But let’s face it. When you look at this picture, you can’t help but ask why this guy is even bothering to eat a healthy snack while giving into a very unhealthy habit at the same time.

Why not use your imagination for a moment? You see this guy eating an apple. And you can imagine how he is preaching the importance of healthy eating. He gives you 100 reasons as to why it is important to stick to healthy snacks. And at the same time, he is puffing on cigarettes. When you think of that, you see a perfect picture of hypocrisy at its finest.

What is hypocrisy? According to the Merriam-Webster Dictionary, the definition is a feigning to be what one is not or to believe in what one does not. Or, it is showing behavior that contradicts what one claims to believe or feel.

Now, here is the thing. We all have been hypocritical from time to time. Including me. I have, and I acknowledge it. And if this guy in the picture preached healthy eating just once, and didn’t make a habit of it – while puffing away, well okay, He’s human. Therefore it is normal to be hypocritical once in a while. However, if you are always telling others to do one thing and yet you turn around to do the opposite, then that is a problem.

And I will give some examples of hypocrisy at its finest. I had a best friend for 18 years on and off. She has schizophrenia. I never judged her once while everyone else did for having a mental illness because I am compassionate towards anyone who has any type of mental illness. I appreciated her for the person she was. I did not care about her illness. However, she turned on me (and I blame her husband for taking advantage of her at a vulnerable time and manipulating her). And she did something horrible to me and made me look like I had uncontrollable mental illnesses. At that time, that was not true.

And the fact that she used that against me makes her a complete hypocrite. That type of hypocrisy is unforgivable regardless of what type of situation she was facing at the time. And it was not like she ever apologized to me. In fact, she continued to make me look bad with it while she was the one who had her mental illnesses out of control.

I will talk about another example of major hypocrisy. Let’s go by you reading this tweet by Scary Mommy.

That is just one of the tweets they share about the importance of speaking up and speaking your mind. But here is the thing with them. You do speak your mind and they don’t like what you say because it goes against their political beliefs, they block you. And that is what they did to me. They banned me from their page. Again, hypocrisy at its finest.

This is not the only example of Scary Mommy being hypocritical. When the COVID-19 pandemic was at its worst several months ago, they started showing their true colors. They used to be an advocate for mental health and I respected them for a long time aside from the fact that I don’t see eye to eye with their political beliefs. But mature people will do that despite those differences. Mature people and publications don’t block those who don’t see eye to eye to them *ahem*.

Anyway, they turn around and publish an article about how no one has any business going to warehouses to buy home improvement items. That is because those are not essential items and you could have just stayed home or ordered curbside pick up otherwise. Nevermind that many people had to renovate their homes for the sake of their mental health. But they didn’t care at the time. No, they didn’t. They just saw those who did that as selfish and wrong for leaving their homes for grabbing ‘non-essential items’. And what if those items were the things that saved them from drowning deep into depression or worse?

A publication that has preached the importance of spreading awareness about mental health that turns around and does that is a hypocrite. To sum up, okay, it is very human to be hypocritical about something every now and then. But to be that way on a consistent basis is a big problem.