There are no quick fixes but supplements can help improve situations 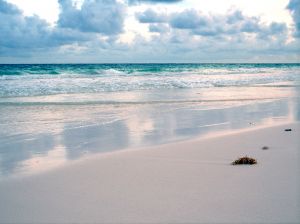 The first thing I want to point out is that I never, ever, ever believe in quick fixes and I never will fall into a scam, nor would I ever promote any!! That is just dirty. Well I have in the past like many of us have fallen for scams, however I have learned so much that now I can sniff a scam away. Because the fact of the matter is there are no quick fixes to anything!

There are no quick fixes to weight loss as the only way you can achieve that is through a healthy lifestyle and exercise. Many of us don’t like hearing that but it is the harsh truth. Some organic supplements, however can help speed up the process safely by helping to balance your body while you achieve a healthier lifestyle. However, this blog is not about weight loss and the challenges that come with it (I will save that for another time).

This blog is about raising a child with autism AND what CAN and WILL help him/her achieve goals later on in life. It is hard work but rewarding in many ways at the same time.

He has needed ABA therapy since he was 3 and it has helped him a lot. He has worked with different speech therapists and OT’s, but man, we are in the middle of trying to find a good one and it has not been easy. The last ones were not working out so well.

My son is almost 7 and he is on the higher functioning end of the autism spectrum, thankfully. We have had to work with him since he was 3 and that was a very difficult time of all of our lives. After learning about his diagnosis I fell into a terrible depression which took years for me to come out of. I still have my moments (and don’t we all) but I have learned so much from the experience that every milestone that has come with his development is like a huge celebration and gives me hope that he will live a decent life later on. I have also learned a lot about myself while raising my son. I still have a lot of fears about his future but I think that is the issue that every parent has regardless of whether their children have special needs of any kind or not.

My son though, for nearly 4 years has had intensive ABA therapy (minus the 6 months we pulled him out due to financial reason and sent him to the local public school where he was falling under the cracks!! That cannot happen so he is back to the ABA school) and other therapies. He has really come so far. He is however behind on his speech. But one of the other moms at my son’s school has a son with autism around hte same age as mine, but with better speech. I told her how impressive her son’s speech was, and how I could not wait until my son’s speech caught up even to that level. She then told me about a product that she has been giving him called Behavior Balance-DMG