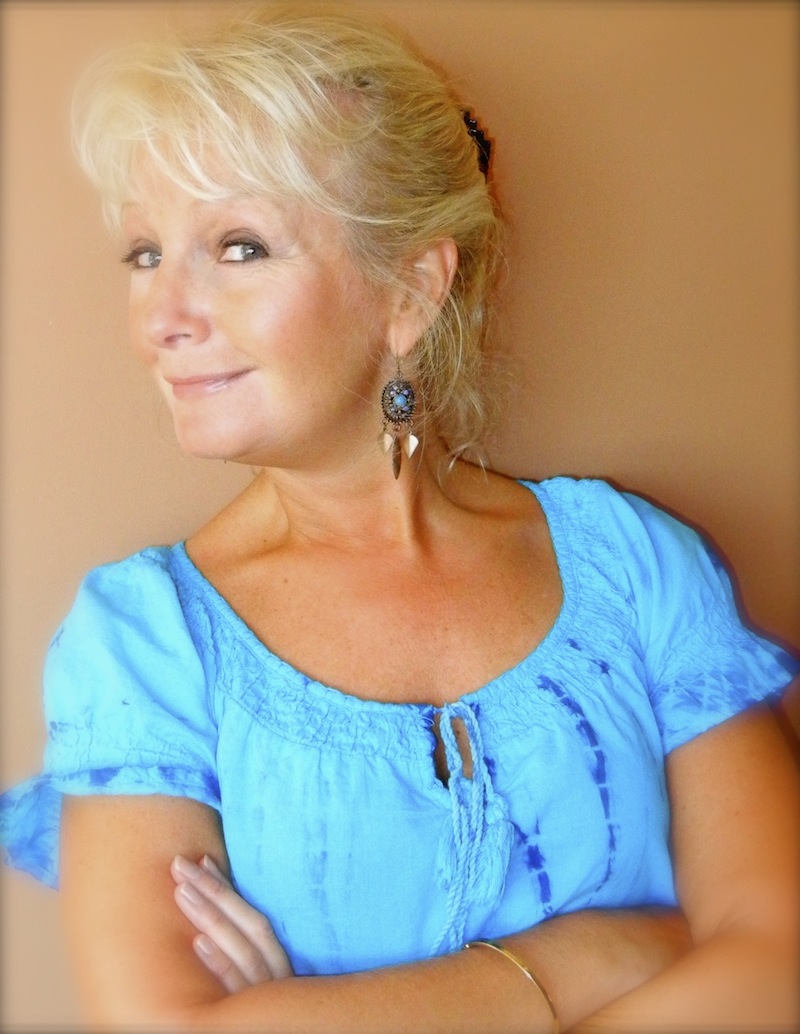 Today I am going to help Lori Dean spread her influence. For over 30 years Lori Dean has been in the public eye. As a speaker, presenter, MC, award-winning stage actress and popular host of several radio shows – both on and off the world wide web – Lori has taken her talents across her native Canada and into parts of the United States, Mexico and Aruba. She is the Founder of Mid-Life Mouthpiece Productions, the Creator of Deano’s Dusty Discs Golden Oldies Radio, Sassy Sages Radio, and the creator, producer and host of several webTV series including ‘Is It Just Me Or?’ and ‘Midlife Matters’. Lori lives in the beautiful Okanagan Valley in British Columbia, Canada.

This is what Lori had shared with us–

Four years ago I quit my job, sold my house, dumped my ‘stuff’ and set off with my hubby for a 2 1/2 year travel adventure that
took us throughout Canada, the United States, and Mexico. The fact that I had just turned 50 led many to think I was in the throws of a mid-life crisis. But I knew this was a chance for me to live a childhood dream of extended traveling and I plunged into the experience full force. This totally epic excursion that took me miles (literally and figuratively) outside my comfort zone. Our little Chevy Aveo carried us through some provinces and states for quick and fleeting glances. But we also ‘stop down’ in many places for months at a time, experiencing different cultures, lifestyles and languages.When we returned to Canada, our home and native land, I knew I couldn’t resume my “former life”. I had grown, evolved, and expanded too much as a woman and as a spiritual being to ever go back to the foggy veil of sleep that had been my previous existence.

So I began to focus on ways to use my skills, passions and experiences; to bundle these gifts in a way that could benefit women in mid-life – women who were confused, fearful, shamefilled and stuck just like I had been. One of the avenues I walked lead to coaching. This confused me because, until that point, I thought a coach was someone who worked with athletes. But I soon began to understand that coaches were those helped others reach their full potential. They were also motivators, accountability partners and very passionate about helping others.

So I dived into the vast ocean of options and began to learn all I could through working with coaches and taking on clients –
women in mid-life who knew they were meant for greater stuff but felt too old and stuck in their ways to break out of a self-imposed
comfort zone. By creating products and programs – alone and with others – I tried to capture and distill all my training, beliefs, skills and experiences into a 4 step program called “From Suck To Sizzle” – a powerful and practical map that moved mid-life women
from a place where they felt that their life simply sucked – to a space where they knew that their mid-life an beyond was full of
sizzle.

Although it was very exciting to see these women unleash their power, I was uncomfortable with the title ‘coach’. I knew there
were many brilliant and authentic coaches who were helping so many people but I just didn’t fit the mold. But I still desired to serve.”Now what?” I said to the Universe. “What do I do now ad how can I be of help?” And then I got it. This time I REALLY got it. Through focused prayer and meditation the answer showed up in a way that was true and authentic for me. For over 30 years I’ve been in the public eye – everything from stage acting, to public speaking, to facilitating, to hosting and MCing events with thousands of attendees. And for the past 8 years I’ve been what’s called in ‘the biz’ a radio personality. Even during the traveling years I was able to work radio online.

Slowly I came to see how to harness my speaking and performing skills, particularly in radio and audio creation, to build a platform of communication. And that platform became Mid-Life Mouthpiece Productions. I liked the word ‘mouthpiece’ because it captured what has
happened to me in the years since I turned 50; namely I’ve opened my mouth, spoke my truth and asked difficult questions of
myself and others. For a one-time people pleaser who craved approval and was reluctant to venture an opinion in case it
contradicted someone else’s, this was a huge deal. But there is something about the milestone of mid-life that freed me to speak
up and speak out without worry about the perception of others. “That is a great place of power” I told myself “and I would love to
help others find that out for themselves.

And so I began Mid-Life Mouthpiece Productions. This venture is a stage – a platform for emerging messengers (mainly those in
mid-life and those who work with mid-lifers) to deliver their message, grip their listeners and make money by a) opening their
mouths on my radio shows and tele-seminars and b) learning insider techniques to create their own captivating radio shows,
tele-seminars and other audio programs. The big goal is to get others to become mouthpieces – using their unique voice in
captivating and compelling ways – to entertain and engage as well as educating and enlightening their listeners. Down the road I’ll
add a webTV show which will act as a vehicle for mid-lifers to strut their Blessed and Blissed lifestyles. Although the venture is brand new, as I share its concept with coaches, entrepreneurs, peers and potential fans the response has been very positive and supportive. A few ventures are underway and more are in the works. Programs, products and direct involvement opportunities will be unleashed in the fall of this year.

For me life truly began when I was willing to be uncomfortable, share my truth, question everything I knew, and create my ideal
life. Age wasn’t – and isn’t – a factor.

xs
Actually the wisdom, experiences and refusal to conform to the norm that came with reaching 50 propelled me forward. I know it
has for others, I know it can for many more, and I know I am part of the equation. To me it doesn’t get much better than that.