Klout will Soon be a Memory 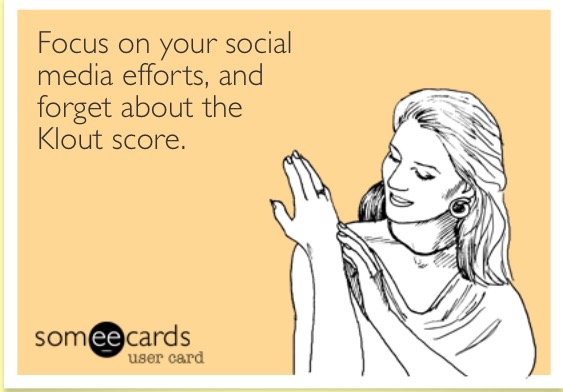 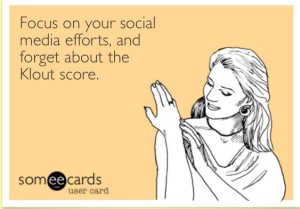 Several years ago, I believed that Klout was extremely important. I saw value in it, while many naysayers expressed how silly it really was. All that did was encourage me to defend it’s “value” even more. However, over time I saw for myself that Klout is nothing other than a silly game.

Firstly, the company keeps how the algorithm is calculated a big mystery. They became even more sneaky with this practice after Lithium had acquired it. At the same token, you can artificially increase the score by gaming the system. You can throw garbage onto your Facebook, Twitter, Instagram, etc and arrange to have a slew of likes and comments and that will increase the score. Yet, if you share some content on a regular basis that is valuable that organically receives engagement- your score will likely decrease or stay the same. Why? No one knows except for the folks at Klout. They keep it a secret on purpose. I have stopped looking at people’s Klout scores and I pay more attention to what they share instead.

1. Share good quality content several times a day. Every 3 hours is good. I wouldn’t recommend sharing content within 2 hours or else it becomes spammy. Good quality content not only means niche related material but engaging. Powerful image quotes gets a lot of engagement.

3. Be honest about how you feel about something but don’t do it to create drama- create something meaningful with it instead. I have shared a lot about my personal battle with depression, and I share a lot of general content regarding depression. My goal is to create awareness about depression, and I do want to be honest about my struggles. I don’t like to hide behind something false. A lot of people stay silent about their struggles online because they fear if they are vocal about it, they will be seen as unprofessional. That does depend on how you appear. If you are crying about your struggles and personal life only to get attention, then yes, that is extremely unprofessional. However, if you are wanting to share your struggles to spread awareness about it while you also put out there that you are doing the best you can- then anyone who judges you for that are not worth doing business with anyway. You may also help others who are going through something similar to not feel ashamed to talk about their struggles and to open up as well.

Not to mention, many people try to make their lives appear glamorous. Social media envy is a serious and common problem in this day and age. That is because so many people struggle while they are constantly bombarded with others sharing wonderful things about their lives. I would strongly suggest to be real. It is fine to share your fine moments, but make it known that your life is not perfect. Others will respect you more.

I realize some feel their Klout score is important only for the sake of looking at their progress. That would be valid if only the score was actually accurate, and not played around with.
I also want to put out there that local business owners should be more concerned about creating a strong and positive social media presence. Their Klout scores are meaningless.