Are There Instances When it is a Good Idea to Call Out a “Troll”? 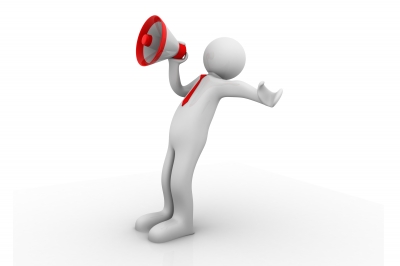 Most of the time, if there is a troll that is attempting to bait you, it is in your best interest to just ignore and block the troll. You never want to sink down to that level by getting into a major silly argument online that will quickly harm your reputation. How can you tell if someone who happens to be bothering you is a troll? Usually you will see through his or her activities on through social media feeds that this individual antagonizes people for the sake of attention. You also just intuitively know if someone is throwing negative remarks at you whether that someone is attempting to be a troll or is just very loud-mouthed and opinionated.

Those who fall into the latter category are not purposely attempting to antagonize people, however they will also not keep quiet if they are not happy with something without putting a lot of thought on how they affect others. These people have a very difficult time keeping their opinions to themselves. Therefore they will anger a lot of people, like trolls do, except they really are not trolls.

You can tell by how they talk to others, by looking at their Facebook and Twitter feeds, and you can also see the kind of content they share. Again you just will intuitively know- always trust that.

Is it a Good Idea to Call Out Someone Who is Highly Opinionated?

That really depends. Sometimes, like trolls it is best to leave them alone. In other cases, however, if you feel you were judged harshly by someone who appears quite intelligent, you may want to stand by your case while giving them an opportunity to elaborate on why they have the need to judge something you had done (or shared rather on your networks). A healthy respectable debate can come out of that as well, where as I have had many smart people make very ignorant remarks to me about Klout. I definitely do not let that one rest, and I usually refer them to my post I had written in January What you Must Know About Klout. That usually quiets them.

In fact, earlier today I had a bit of an incident where someone had made a judgement based on something I shared without reading too much of anything else I had written. I do have a very low tolerance level for that kind of behavior. I did not let that go. I will not go into details as to what exactly happened, however, I gave her an opportunity to elaborate on why she had the need to judge me even though she did not pay attention to anything else I had shared and written. She gave me a very feeble reason, and my response to her was

“It is evident you haven’t followed anything else I have put out. Anyway have a nice day (name) I sincerely wish you well”.

If you want to close your case, just say something of that nature and always wish that person a nice day or night, and wish him or her well. If the individual wants to have the last word, let it happen and that is when to not engage with that person anymore as you had already stated your case. However, that usually will put the individual in his or her place.

Even though most of the time it is best to ignore and block those who are bothering you online, ?in some cases you need to stand up for your case, as long as you do it with maturity and no longer engage with the offender (and yes, anyone who makes a judgement that is uncalled for is an offender whether he or she is a troll or not) after you do- then it is fine. Just make sure you keep your cool if you decide to do so for your sake.