What Will Social Media Be Like in the Future? 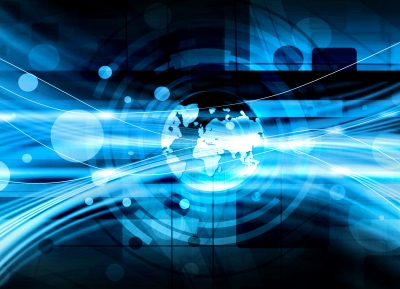 My 11 year old daughter last night asked me something interesting. She wondered if social media was going to be around when she grows older. My response to her was it will certainly not only be around however it will be taking over. What else it will bring, that is hard to say because we will not know specifics until then. I had shared this last night on my Facebook profile as well.

This definitely sparked up some conversation. And the fact of the matter is, whenever I have given lectures in the past about why social media is absolutely crucial to utilize because it is the present and will even be more predominant in the future- I just know that if people do not understand the use of social media now they will be completely lost with it later on.

The reason I say this as well is because the world of social media along with other forms of technology is evolving so rapidly that if we don’t keep up with the pace, we will be in trouble.

At one time, the only way to communicate with one another was through making phone calls (after Bell’s invention that is), writing letters to one another and mailing it, or physically walking up or driving to someone’s home or business to pass along a message. Marketing was only done through radio, television, magazines, direct mailing, faxing (later on) and even perhaps cold calling. This method worked! Back in the mid to late 1900’s. However, now, even though this method of communication and technology still has its place, the use of email, social media platforms for communication and marketing, Skype, Google Hangouts are taking over more and more by the day thanks to evolving technology. And traditional methods of communication and marketing may still have its place however, it is becoming weaker and weaker as time elapses as technology keeps advancing. So when my 11 year old daughter is say, 21, all I can predict is that traditional ways of communication and marketing may still somewhat be used even then, however it will even be weaker than it is now because of how quickly technology is advancing. Social media is a byproduct of technology and no one can really predict how it will effect our roles at that time. All I know is that it will keep growing and for those who choose not to bother with it will be very lost even if traditional methods of communication and marketing are still used because by that time, it will be that much weaker.