What is Worse- Unrealistic Optimism or Pure Pessimism? 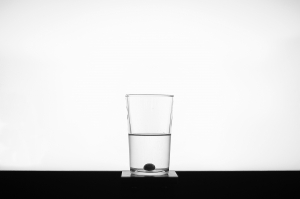 Today we are going to shift away from social media talk, and will occasionally do that from time to time if there is something I want to address. I would like to take this opportunity to talk about the Law of Attraction- more so the way you think. The fact of the matter is, there is a lot of talk and articles written about positive thinking and Law of Attraction- and many have differing opinions on it. There are a lot of people who fully believe that there is something to it, and then you have those who are skeptical. Personally, I feel that there is definitely something to the Law of Attraction, and I definitely feel that positive thinking is very important- however, at the same time it is crucial to stay in reality and know fully what you are up against. I had put up this Facebook post on this particular topic yesterday and had many people chime in with their opinions.

My take on this is, as I had previously said it is important to have positive thoughts about something you want to attract. However, at the same time, if you are unrealistically optimistic about it, you are just setting yourself up for disappointment in the end. Therefore, the end result of being unrealistically optimistic and having a pessimistic attitude will more or less be the same. The difference is, if you are a pessimist you will be expecting the worst and will not be disappointed when the worst happens. If you are unrealistically positive, you will end up crashing and burning in the end, and being horrifically disappointed which will bruise your ego and can make you pessimistic about anything else down the road. Listen, I will be frank. I have experienced being both in the past. At first I was naive about hitting it huge a few years ago when I had released some projects. I fantasized about orders coming in, and never having to worry about money again. The funny thing is, I was never really the type to have an optimistic outlook however with this particular thing, I had unrealistic hopes. Well I crashed and burned when I ended up having very little interest from others in what I did, took a loss on what I did- and even lost some friends who I had expected to show interest in my work. Then it took me a long time to believe in anything after, so I became one of the world’s worst pessimists around. Not to mention I thought I was a big loser! The situation was not pretty.

However, being a pessimist came with a cost. I turned people away, and having that outlook made it very difficult to attract anything good. That was not how I wanted to live my life. However, it was very hard to find hope after being so harshly disappointed and was afraid to be hopeful about anything again. Then after doing some research on the Law of Attraction and how positive thinking can benefit you I realized that I had to not be such a downer on everything. You need to find that middle ground between pure pessimism and unrealistic optimism. Some will call it realistic positive thinking or being optimistic with caution. In other words, there is nothing wrong with hoping for a good outcome for something, in fact you should hope for the best with anything. However, in order to help that happen, you need to know what you are up against. You must have a plan of action in place to achieve the results you want, be prepared to work very hard for it, and for failures down the road and to learn from them so you can avoid it in the future. You must also know no matter how hard you work at something, you will not end up making an unrealistic amount of money in a short time.

For instance, if you are creating a course, or writing a book or starting a business- it is absolutely important to determine first if there is a need or if the niche you are in is wide enough. By the way, that was the biggest reason that the project I was talking about failed. It had nothing to do with me being not good enough as a person or being destined to fail at everything I tried (like I cried after being harshly disappointed after being naive about hitting it big on what I did). The niche that the product was in was too narrow and there was little interest. Doing market research is very important before doing anything. Then you must come up with a plan of action, and be prepared to fail at some attempts. Also do not expect to become a millionaire so quickly from doing this (unless you are already well known and well established in your field, even then it’s a long shot), and be thankful when you do profit even if it is by a small amount. If you don’t and end up taking a loss instead, your ego may be bruised some. However, take some time to heal, then get back up, evaluate what did not work and definitely keep going. Not giving up is the only way you will in the end achieve the results you want unless you find that you hate what you are doing or it is just burning you out. I admit I still struggle with this (because I admit I can still have pessimistic tendencies if things get a bit tough as I have learned the hard way to never become unrealistically hopeful), and this is a reminder to me that it is very important to be optimistic with caution. You have to also remember, with careful planning and fully embracing reality, things do eventually work out- just not always the way you may expect.