The End of the World is Coming?

Is the Apocalypse Really Coming? 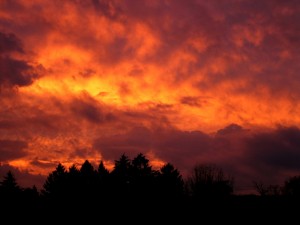 Okay, believe it or not, tonight I am not going to focus too much on social media and Klout. Sometimes I even need a bit of a break from that! The only thing I will say about social media is that I find it extremely amusing how often I have been seeing pictures circulate that have to do with “the apocalypse coming on December 21, 2012” all over my feeds. It is funny how so many people truly believe that the world is going to end, literally!

Who knows, maybe it will because things do happen unexpectedly. But my instincts tell me that we are still a ways off from when the world will blow up into a trillion ashes.

Even though December 21, 2012 is the date that ends on the Mayan calendar as a cycle (which started on August 11, 3114 BC)- the true shift that we are feeling is due to some interesting astrological phenomenon that is happening. I am not going to go into such extreme details here (I am really not practicing astrology so much now that I am heavily focusing on my social media work since most of my readers are not into astrology) but certain planetary alignments are occurring that you will see happen every 700 years. It IS true that there is a huge shift in what is happening around us energetically that is meant to put us into a higher consciousness. That is more from the planetary alignment than the Mayan cycle coming to an end.

But this is my take on December 21, 2012. We are getting ready for some major shifts happening around us and we are not likely going to notice any of it until the spring of 2013. Could be sooner or later. However, I feel like so many of us are going to see plenty of endings and then new beginnings involving aspects of our personal lives. It is all meant to be good in the long run but the effects at the time could be devastating. We may even be once and for all ready to act on achieving our goals that we have been putting off for so many years due to fear. What will get us to that point? Moments involving a crisis of some sort as that is always the case when we are forced to do something that needs to be done. I will give an example.

You have been yearning to change your career. But you had put it off because either you did not want to go through so many years of school for it. Or you were afraid to leave the job that you hate because if you had left it, you would no longer be secure. You had been working at this job that you despise because fear kept you there and it was “safe” for you. Well, all of a sudden that company that you are working for is going defunct and you lose the job! You are going to be feeling many emotions ranging from elation (I hated that job and so glad I am not having to work at it anymore yippee) to downright fear and worry (I have no job, what am I gonna do?? How am I gonna survive??). This will put you into a crisis moment. Then you come back home (that you keep wondering if you are going to end up losing since you no longer have a job) and find in your mailbox a brochure for a local college offering courses that would train you for the kind of career that you had wanted to get into all along! So you will not be able to help wonder if everything that happened was a firm sign that you needed to once and for all leave that job that you absolutely hated and to take a risk- and to get into something that you are truly passionate about. This would mean having to work elsewhere temporarily so you can pay your bills while you are taking the courses but anything that would lead you to your next path in life is what would happen.

What is meant to end will end. What is meant to come next in your life will come. Because of these shifts that are going to start happening on December 21, 2012, some parts of your world WILL end that needs to end. However in order for new things to begin, old things need to end. That is something that all of us in one way or another will expect in 2013.