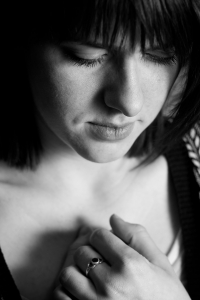 First off- NO, not that F word! I am talking about fear. That bad four letter F word. And fear is what is responsible for so many of us not reaching our full potential.

All online dictionaries note the same thing pretty much, so I got this from Wikipedia, as you cannot get more accurate than this in regards to the definition:

Fear is a negative emotion induced by a perceived threat that causes animals to move quickly away from the location of the perceived threat, and sometimes hide. It is a basic survival mechanism occurring in response to a specific stimulus, such as pain or the threat of danger. In short, fear is the ability to recognize danger leading to an urge to confront it or flee from it (also known as the fight-or-flight response) but in extreme cases of fear (horror and terror) a freeze or paralysis response is possible.

So fear is normal when it comes to anyone seeking protection for survival. I mean for instance if you are walking in the middle of a busy road and all of a sudden, a car comes racing towards you. You will immediately run away from it due to fear, which is not only normal but supposed to happen. It is NOT normal for someone who is wandering in the middle of the road to not react to a racing car heading towards them. But so many of people who have been beaten down and hurt over and over again tend to have more fear than those who have not. And those who have been beaten down repeatedly have such a strong desire to succeed and they have high goals they really do want to meet. Sadly many don’t due to fear.

Fear is what keeps them in their comfort zones, and keeps them from meeting their goals, and fear has devastating effects.

What are they afraid of?

That is easy to answer. These people who are riddled with fear have been let down many times in the past. They may have tried to succeed in something and it did not work out, and it likely happened to them more than once. They may have been told as children they would never achieve anything. That can have damaging effects. The reasons behind why so many people have so much fear are endless. And what these people are terrified of are both, success and failure.

That is right. They are afraid of having something that they really want to happen not happen due to failure. They are terrified of their dreams not coming true because their efforts did not pay off. But at the same token, these people also do consider the possibility of being successful and surprisingly, that frightens them more. What if they are for once, successful in something they do and achieve that goal? The idea of that may be so foreign to them that as much as they really want it, the thought of having a dream of theirs come true is also scary. They are terrified they will not know how to handle themselves if they are successful, so between the vicious thoughts in their heads “what if I fail” and “being successful is going to be great but how will I handle it?” these people want to be safe and huddle into their own comfort zones. But that also makes them very miserable, and even though they want to be “safe”, they constantly berate themselves for not taking risks.

I really understand where these people are coming from. I have dealt with fear swallowing up my life. I still do to a degree. However, I am happy to say it is much less than it used to be.

How to Conquer Fear

I am still learning this myself so I am by no means an expert on this topic. But this is what I find works. Doing one thing everyday that is out of your comfort zone. Maybe try waking up an hour earlier than you normally do and go for a run. Go to a theme park and try going on that roller coaster. Do something that you normally would be afraid to do, or something that is not part of your routine. By the way people stick to their routines due to fear as well. Fear of discomfort. It feels strange and uncomfortable to do something that is not part of the routine. If you can do one thing everyday that is out of your comfort zone, you will start to feel more confident to take risks in life. Now I am not talking about anything to risk your life. I am not saying you should go skydiving or bungee jumping. But bit by bit do something that you would consider to be out of your comfort zone. Afterall, fear is an acronym for false evidence appearing real.