Stop It With The Harmful Stereotypes And Hate Now! 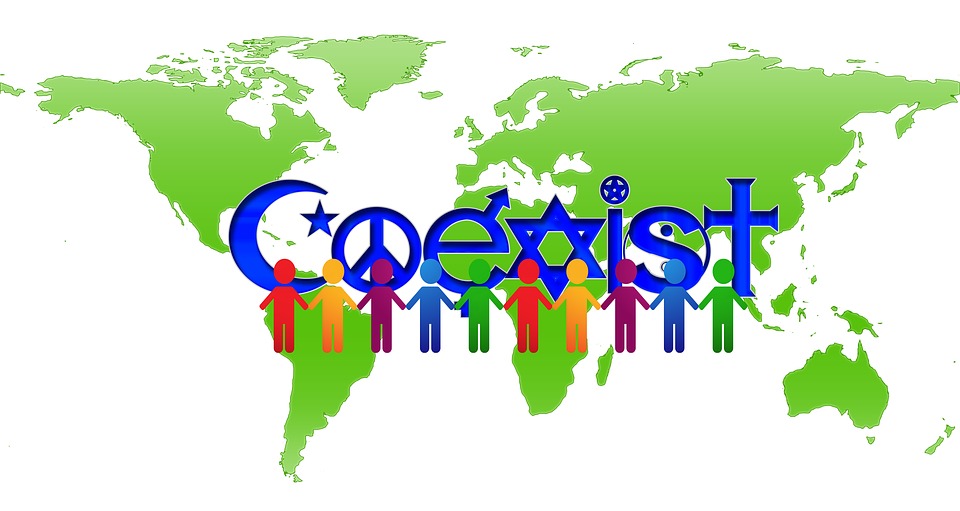 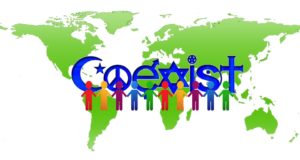 I am not a liberal, nor am I a conservative. I consider myself to be in the centre because I can look at both sides objectively. And, what I have been witnessing on the right and the left sides are intolerance and hatred for very different reasons. However, after seeing a spike in serious hate crimes like the shooting that happened at the Synagogue in Pittsburgh this past Saturday, that just proves right there that there are so many people around that are full of hate and stupidity.

And, these individuals not only believe in harmful stereotypes about other religions, groups, and cultures but keep perpetuating ignorance and hate. I am not talking about funny and silly stereotypes like how Irish people are known to have a bad temper. That is because many Irish people can laugh about that themselves, and there is nothing sinister about a stereotype like that. And, I am not even talking about the stereotypes that are ignorant such as?the one?that states that all Indian people are good at math. That is definitely an ignorant thing to say, and false, but there is no real harm in it either.

I am talking about the stereotypes that keep perpetuating hate by lumping a group?of people into something very negative. And, I will be going through some of the extremely harmful stereotypes that people must stop believing right now!

All blacks?are lazy criminals – This stereotype?is a terrible one, and is incredibly untrue. Sure, there are black criminals, and there are many white criminals as well who are also lazy. However, there are also many ambitious black people around, and there are many who are incredibly successful. Maybe they found the drive to help dispell that awful stereotype, or maybe they had the drive to do well for unrelated or for personal reasons. For instance, one time on?Shark Tank, there was a black man who was a genetic scientist that came on the show that wanted to get support for his invention which involved analyzing DNA. That said, is that something that a lazy criminal would do? I would think not. In fact, the majority of ambitious and intelligent people would not be able to crack that one!

All Jews are greedy, successful, rich, cheap, obnoxious, and evil – This is certainly relevant to the most recent horrific incident that happened in Pittsburgh. And, sadly, anti-semitism has been around since the beginning of time, for this very reason. Jews were always believed to be evil, with the other stereotypes mentioned. Jews are the ones who have had to deal with so much hate for thousands of years. Let’s not even talk about the rise of the Third Reich and the Holocaust, because that was only one example of how much hate the Jews have endured and suffered in ways that no one can even imagine.

The fact of the matter is, there are many Jews around that are living under the poverty line, and many are struggling to make ends meet. That is even more so than others that are part of other faiths and cultures. Additionally, a lot of these Jews are kind and generous. Do you really need to add more heartache and pain to those who are already suffering? And, there are also many Jews that are only capable of doing menial jobs. That said, how can you compare a Jewish janitor or a stock clerk to doctors and lawyers that are Catholic or of WASP descent? You can’t. And doing so is wrong on so many levels.

People with disabilities are drains to the system and they are all R***rded and are not worthy of anything – There is so much hate that is directed towards those who are disabled, whether they have autism, learning disabilities, or who are intellectually impaired. And, yes, there are many disabled people who cannot contribute to society because unfortunately, they are not capable of evolving past the toddler stage. That is not their fault, and unfortunately, they do need 24/7 care and need to rely on the help of taxpayers. But is that really a reason to hate them?

How about those who are mildly or even moderately disabled that can contribute to society, and can live somewhat independently? No, they are not considered to be drains to society,?but they are still called weird, freaks, and yes even the dreaded R-word. They will behave in ways that are not appropriate because they may not be able to help themselves or haven’t learned that behaving in a certain way is not acceptable. The bottom line is that they are different, and being different is a terrible thing to those who are full of hate. Oh and by the way, many people with disabilities are actually very smart and creative, but in different ways than what you are used to.

People with mental illnesses are attention seekers and need to be thrown into the looney bin – This one is a terrible one because those who make hateful comments about this are doing nothing other than perpetuating the stigma of mental illness. Mental illnesses are serious illnesses just like cancer, even though they are completely different. And, unlike cancer patients, those who have mental illnesses like depression are not taken seriously at all. And, the other attitude about those who are mentally ill is that those who have mental disorders should all be institutionalized. Oh really now? How would you feel if you found out that your favorite and most trusted doctor suffers from severe clinical depression? Would you then say that he or she needs to be thrown into the looney bin because of that?

All Muslims are evil terrorists – Considering the fact that there are 1.5 billion Muslims in the world, if that were the case then there would be rotting corpses all over the streets all of the time. How about the white shooter who killed 11 Jews at the Synagogue? Is that not terrorism? And, there are many decent Muslims around, and I know this because I have met many who are kind, generous, and would never harm a fly. Additionally, there are Muslims around who did something incredibly beautiful by raising thousands of dollars to help support the Jewish community that was shaken up by the recent horrific incident. Does that sound like evil terrorism to you? I think not.

Fat people are disgusting and lazy – Fat-shaming is not a new thing. And, people who fat-shame those who are obese do not realize that most obese people do not choose to be that way. Many times they are suffering from invisible illnesses whether it is due to poor mental health (which was just covered since there is a lot of hate towards that too), or have to be on a medication for a physical condition they have that slows their metabolism down. Maybe they have to go on steroids like Prednisone which can cause extreme weight gain. Or, maybe they have a thyroid disorder. Either way, most obese people are obese due to reasons other than being lazy. And, never ever call them disgusting. They are suffering within, and no one is immune to that. If you are dealing with extreme stress and hardships that are causing you to not only eat for comfort but are driving your cortisol levels up which causes weight gain too- how would you feel if you were told that you were lazy and disgusting because of being obese?

And, I can go on and on about other harmful stereotypes that are being spread due to hate. However, I don’t have the time to go over each one, and based on what I have written- you get the idea. And why is there so much hate that is directed to those who fall in the groups that I had just mentioned? Well, there is fear associated with others in these groups. And, this is why there is a lot of hate towards those who are different. That is because there is something about them that frightens these haters. And sadly, most of these haters refuse to open their minds.

Most haters decide to stay ignorant by choice. Some have opened their minds and have turned a 180 like the former national Imperial Wizard of the KKK, Johnny Lee Clary. He went from an extremely hateful man to a man who opened his mind, his heart, and did everything he could to educate others about how dangerous racism and hate are. He traveled the world to spread that message and sadly he passed away in 2014 due to a sudden massive heart attack.

That said, ignorance can be fixed as long as the one who displays that ignorance can open their minds. However, those who refuse to believe anything other than the hate that is spread around are truly stupid. And, stupid unfortunately cannot be fixed. I’ve said my piece.