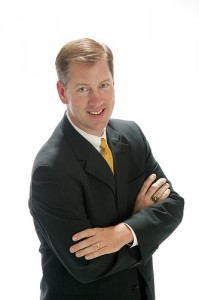 Social media expert and author, Trey Pennington committed suicide this morning just outside of a church in South Carolina. I did not know him very well, but from what little I could see- it “appeared” he had been living a good life. He appeared to be living the life that everyone would want! He was popular, always seemed upbeat, he seemed successful. But appearances obviously can fool you.

Apparently he not only was going through a very bitter divorce, but he suffered from depression. While he was going through a stormy time, he let his depression get the best of him. He did not see the light at the end of the tunnel. Unfortunately, he took his life. People, please take depression seriously. It can kill. What happened to Trey Pennington is proof of that.

Depression is a Real Disease

People with depression have to constantly work at being “happy”. They constantly have to fake it until they know they can make it. Even if they are on the right anti-depressants for it, it does not cure depression. It is very difficult for them to just dust themselves off and keep going especially while enduring a difficult time. How do I know this? Because I have it. I have had it since the day I was born. There is depression on my father’s side.

And to make things worse, I was that kid in school who was “different”, overweight, had acne, and was brutally picked on. Especially in junior high. One night when I was 12, after having a horrible day at school I wanted to end my life. My mother was also angry with me for some reason that particular night. I was sick of life and took a pair of scissors and wanted to slit my wrists with it. However, right before I attempted it, my mother walked into my room and wanted to discuss things with me. She had no idea what I was about to do. And many other times as a young teen I had thoughts of suicide but never attempted it again. I was not sure if I ever had the guts to do it.

Through out most of my life, I felt like I was there to exist. I rarely felt joy. I never really lived. I just was…. there. I believed I was unworthy, and people ignored me. I believed that only poverty was in the cards for me. Certain life circumstances had nearly put me over the edge again such as suffering from post partum depression (and yes, women who have a history of depression are at high risk for that) as well as having to face up to my son having autism almost five years ago. Sometimes, life truly sucks. Especially when you have depression.

However, the older and wiser I have become, I know that even during the darkest moments that suicide is just not an option. Like Winston Churchill had said “when you are going through hell, keep going”. I could not do that to my family. And I certainly owe it to myself to find out what happiness really is.

Over the past year, I have made some important discoveries about myself and my needs. I think what shook me up was reading an article online about how suicide rates among middle aged women had spiked drastically over the past few years. The reason being is that these women have worked very hard, raising children and taking care of their husbands while feeling extremely under-appreciated. They took care of everyone else while their needs were neglected. When they reached their mid-life crisis point, it hit them like a ton of bricks, they saw no hope for the future and took their lives. I feared that if I kept putting my needs on the back burner while dealing with depression on a daily basis, I could snap too. Quite easily. This is something I do not want to find out.

This made me realize that instead of putting everyone else’s needs ahead of mine, I need to attend to mine first. Sometimes you have to be a bit selfish in order to help others. How can you be of any help if you are feeling even more unhappy and depleted? People with depression often times become martyrs. All that does in the end is leave you feeling even more depressed, angry and resentful. I used to be a martyr. But over the last few months especially I have discovered my boundaries. I used to whine about people taking advantage of me. Well I was the one to blame for that because I did not acknowledge my boundaries.

I may still have my daily battles with depression, and have my moments of feeling unworthy. But the difference is now, when I catch myself thinking that way, I remind myself that I am just as worthy of being happy and achieving my goals and dreams like anyone else is. I know I need to take better care of myself to feel better as well. I know what I want and I have dreams that I know need to come true. I created a vision board. Bristol board with pictures of the things that represent my goals and wishes. I soak those images in every night before I go to bed. Since I have done that, I have felt slightly more peaceful within and have been coming across great opportunities that very well could lead me to achieving what I want. I owe it to myself to allow myself achieve the good things in life, even if that means I have to take care of my own needs first. For anyone, especially for those who have depression, that is a necessity.

Perhaps Trey Pennington felt depleted and under-appreciated on top of dealing with depression. If that was the case, no wonder he snapped.

But if you sense someone is going through depression, be there for that person. Being supportive and caring can save lives.