One Important Rule in Regards to Social Media 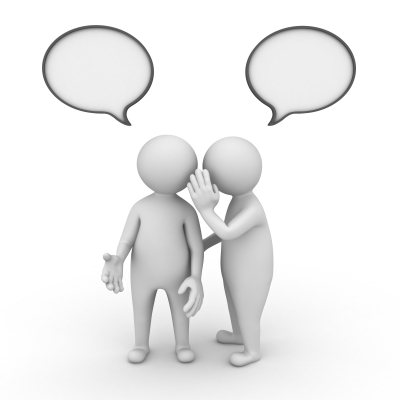 Firstly, Happy New Year! This is my first blog post of 2013. It will be a great year. Anyway, I had an interesting experience a few days ago. One of my old best friends from high school, who was my maid of honor as well- a few years back decided that she absolutely wanted nothing to do with me. I figured it was because I had already been married with kids. She was still single so maybe that made her uncomfortable. However, she had a number of friends who were also married and had children. Therefore, her reasons for being cold towards me obviously had nothing to do with that. I really did not think I had done or said anything to upset her. I even asked her if that was the case but she kept saying not at all. The last time I tried to reach out to her, I had asked her if she wanted to go for coffee. She basically said she was too busy and just brushed me off. I did not know why she was behaving this way towards me. I was very hurt and was rejected by someone who was once one of my best friends and my maid of honor. But life goes on and I had forgotten about her for a while after that.

However, to my surprise she sent me a tweet a few days ago telling me how impressed she was with my books and that she had been telling her friends about it. I was shocked that she not only was interested but that she sent me that tweet. I was tempted to just ignore her (which in many cases you should do if someone is purposely bothering you so you do not stoop down to that person’s level and create even more drama). However, she showed interest in my work and went out of her way to tell me that. I had to respond and I tweeted her back to thank her for her interest, wished her a Happy New Year and gave her my best wishes. I was friendly but at the same time had no intention of building a friendship of any kind again.

What I wanted to blog about today is that in social media, regardless of how you feel about someone, you must be nice. Even if you are so tempted to tell someone off, think about your image before that. Being nice to everyone will keep your reputation clean. The exception once again is if there is someone in your networks who is purposely harassing you. In that case you ignore, block and report that individual if you must. However, the reality is, you are not going to like everyone who is networking with you. It may be due to an offline issue that you had with that person like I did with my former best friend. Or sometimes an individual in your network may be the type that simply gets on your nerves. Sometimes there is simply bad chemistry. However, as long as that particular individual who is communicating with you on your networks is not harassing you, be nice.

You don’t have to get into a lengthy conversation. A simple “Nice to see you around, hope you are doing well” will suffice.

Again, think about the professional image you want to build. No matter how much you want to tell someone off who you don’t like, never do that. Others on your network will not be impressed if they see you talking down to someone. And that individual who you had told off will be telling others about what you had said. You would not want that to happen. Ignoring is also not professional like I had said. Especially if that individual went out of their way to tell you how impressed that he or she was with something you did. You don’t have to like that person and be his or her friend. Just put your differences aside and be polite. You will be glad you did!