Klout is Heading Towards a Direction that is Beyond Scoring

If you are an avid Klout user like myself, you probably have noticed once in a while since early this year questions relevant to any topic you are influential in popping up in your dashboard that are waiting to be answered by you. Well they were preparing for their launch that took place today. Today they announced a new feature that encourages users to answer questions that are related to their influential topics. The purpose for this is if you are knowledgeable in a certain topic, answering these questions will help you build credibility online. That is right. Klout is going beyond your social media activities. This is a great thing. 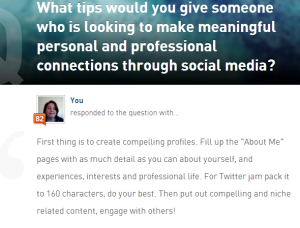 Klout is now in competition with other networks such as Quora with this set up. However, Klout CEO, Joe Fernandez had stated in an interview that his objective for Klout is to measure other forms of influence rather than just social media scoring. I think that is an excellent idea, and that has been a huge complaint for a long time from those who believed that Klout was irrelevant. I just don’t care for the name that he called this new feature, “Klout Experts”. Why? To me it just seems like a silly name. That is just my personal opinion, and again even though I don’t care for the name, the idea is a great one.

Some questions that you are asked such as say if you are influential in the topic “Dogs” like I am, may not be easy to answer and you can always skip those until you find one you can answer well. I would not imagine doing that would have any impact on your score. I mean I would not be able to answer “How would you correct behavioral problems in Golden Retrievers?”. Well, I could not answer that because I have never had a Golden Retriever (even though they are awesome dogs).

Even since Klout partnered with Bing, this is when the idea of online influence going beyond social scoring started to hit them. Eventually the Klout answers will show up in the search engine.

Like I have said before, Klout is evolving all of the time and introduced Klout for Business. The objective that Fernandez has for this is most of the revenue would be coming from products that are sold to businesses. Therefore it does not matter as much how often consumers go onto the site. Klout for Business is not related to this new feature so I will not go too much into that.

In order to see what the Klout Expert feature looks like, and from what I understand not everyone yet has access to this- here it is. This will be what you will see when you login to Klout. Here is mine as an example. 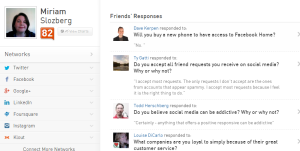 Here is a video I just had created that will give you a sneak peak of Klout Experts.