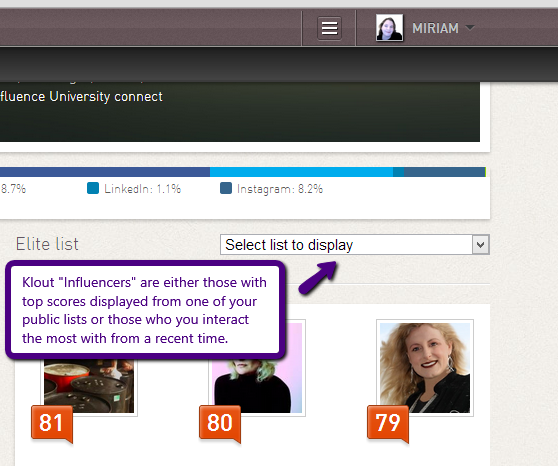 Once upon a time, before the Klout platform make over, you could easily switch around your influencers. Whomever you considered to be influential or your friends (who can be extremely influential to you anyway), you would place on your list. You would put up 10 of those who you called your “influencers” and those with the highest scores would show up on your profile page. That happened in the old days.

Now, things are a little different. Currently on the public profile, you can choose to either display a public list that you?ve created, or default to the “recent moments interactors”, which populates automatically based off of Klout’s algorithm, which displays users that interact most with your updates on your social media platforms. In order to learn more about how this works, it is all explained in the video below. However, Klout is going to keep updating, tweaking, and testing things out. I will keep you updated as it happens!