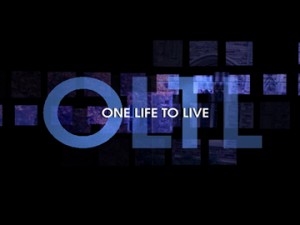 I am very sad, as today was the last day that my favorite soap opera, One Life to Livehad aired. It ran for 43 years, however I did not watch it until around 25 years ago (I could not have watched it for 43 years regardless because I have not been around for that long). But I pretty much grew up with the show.

I never really got into too many other soaps, except for All My Children very briefly- which also went off the air four months ago, but because I never developed an attachment to it, I did not care other than the fact that ABC has done everything to ruin these shows. The only one standing is General Hospital but I never cared for that one. Besides I would be surprised if that one stuck around for much longer. All because ABC wants to replace these soaps with these cheap shows like The Chew and The Revolution (which of course is replacing my beloved One Live to Live) which will attract nothing but low ratings. I will never watch anything on ABC again because of this, and other OLTL fans that I have communicated with say the same thing. In fact some are preparing to boycott ABC but that will be nothing but wasted energy.

But One Life to Live definitely was filled with engaging and dramatic stories, some involving returning from the dead;serious accidents and miraculous recoveries; multiple personalities; rape; serial murders and murder mysteries that drag on for months (ok that got on my nerves); teen pregnancies and more. I will miss Viki, Clint, Bo, Jessica, Natlie, John, Todd, Blair, Starr, Nora, Matthew, Gigi, Rex, Shane and more. The finale was much better than the finale that All My Children had the day it went off air in September. But we were still left with a cliffhanger that will trigger our imaginations. What will happen next? Especially now after John arresting Todd while he was making love with Blair for the murder of Victor Lord Jr, while Victor Lord Jr was very much alive but kidnapped by that nut Alison Perkins? We will never know, thanks to ABC being cheap.

Good-bye One Life to Live. You were a big part of my life, and sad to see you go.