Depression And The Type 4 Personality Of The Enneagram Model 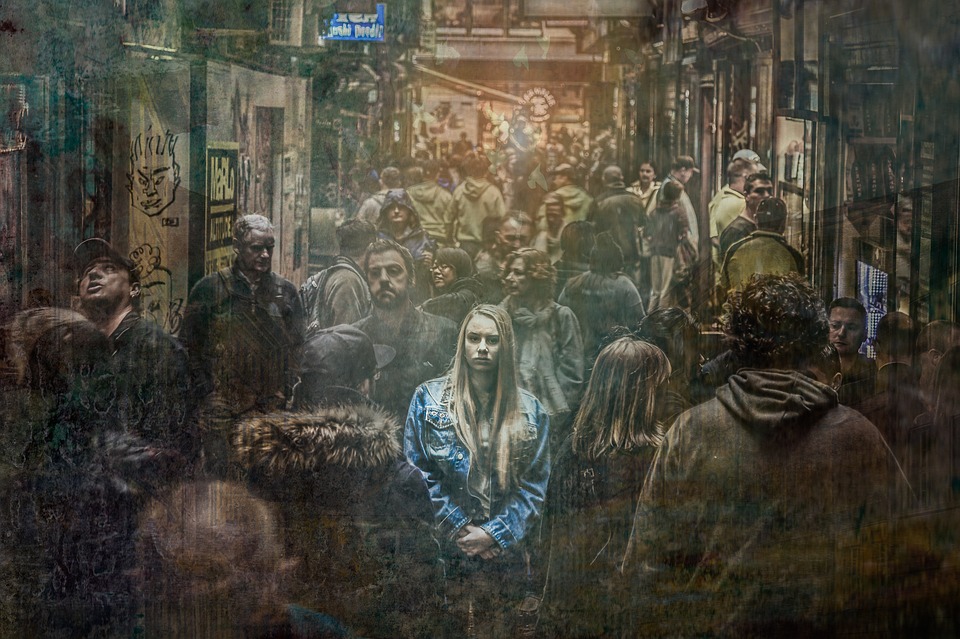 I have been studying the Enneagram model which is a personality typing system that is composed of 9 personality types that are quite different. This phenomenon was brought out by many psychologists in the past and recently has been brought out into the light.

The term Enneagram literally means nine, as ennea is 9 in Greek. The model can be seen through this link. I will briefly tell you about the 9 personality types on the Enneagram model, and the astrological signs and planets they most relate to as well below:

1. Type One – The Perfectionist – This personality type will not rest unless things are done in an orderly fashion, and they expect perfection which brings them irritation since nothing in life is perfect. They can be quite judgemental and critical, however, they are also dependable, responsible, and loyal to those who they care about. The Type Ones are ruled by Mercury and are ruled by Virgo and Gemini.

2. Type Two – The Helper – This personality type describes the ones who will be there to help others because they genuinely do want to be there for others in need. However, they also have a need to be needed and expect to be shown gratitude for their kindness. If they are not thanked for their kindness, they become possessive and irrational. They only are this way towards those who they are the closest to. The Twos are ruled by the Moon and by Cancer.

3. Type Three – The Performer – This personality type described those who need to be the best at what they do and keep striving to be successful. They want to be the most influential people in their field, or they want to be the best looking in their social circle. Whatever their goals are, they will do anything to attain it because they must be successful. Otherwise, they will not feel validated and failure if their worst fear. The Threes are ruled by the Sun and by Leo.

4. Type Four – The Individualist – This personality type describes those who are basically misfits and are proud to be misfits, but at the same time secretly envy those who live less complicated lives. They are the ones who have always been considered as rejects and at the same time, they are highly creative, dreamy, intuitive, and expressive in their own way. However, they are extremely prone to depression. The Fours are ruled by Neptune and by Pisces.

5. Type Five – The Investigator – This personality type describes those who are quiet, secluded, and who keep to themselves. They are extremely observant, they have a need to learn and to keep up with any type of intellectual stimulation. They are quite withdrawn but can be a friend for life if they allow someone to be in their lives. The Fives are ruled by Uranus and by Aquarius.

6. Type Six – The Loyalist – This personality type is naturally cynical but at the same time are constantly looking for someone or something to trust. Those who fit this personality type are anxiety-ridden and are always waiting for the other shoe to drop if something positive happens in their lives. They are constant worriers, and this type is ruled by Saturn due to the fact that they restrict themselves from people and situations due to their cynical nature. The signs that rule the Sixes are Capricorn and Aquarius.

7. Type Seven – The Enthusiast – This personality type is always in need to have something to look forward to and cannot be bothered to live in the present. They want to live the high life, and cannot sit still. They are constantly going on trips and seeking out adventure for one reason or another. They are fun to be around, and they are naturally extroverted, however, they will not take well to any type of responsibility that they have. The Sevens are ruled by Jupiter and by Sagittarius and Pisces.

8. Type Eight – The Challenger – This personality type fits its label as this type is extremely challenging. The Eights have a need to control others and be in complete control of themselves, and of situations. They are highly ambitious and driven and will fight for what they want and need. They will not allow anyone to get into their way as they can be quite aggressive verbally and physically if anyone poses a threat to them in any way at all. The Eights are ruled by Mars and by Aries and Scorpio.

9. Type Nine – The Peacemaker – This personality type is the one that really wants to see the good in everyone, and is there for anyone in need without the type of expectations that the Twos have. They are loyal and have a strong desire for peace, but they also are quite nonconfrontational and are afraid of conflicts. This personality type has issues with anger just like the others. They are quite slow to anger, however, when they do become angry they either explode or allow it to fester and become passive-aggressive. The Nines are ruled by Venus, as well as by Taurus and Libra.

And, that is not all that the Enneagram model has to offer. Each personality type tends to take on characteristics of the personality types that are next to them which is considered to be their wings. For instance, this means the Ones may take on some characteristics as Nines or Twos because those are the personalities beside that one. For instance, even though the Ones want perfection, if they see that a situation cannot be changed that they don’t like, they will let it go for the sake of avoiding conflict of any kind.

With that said, I am definitely not a One, or a Nine, or a Two, and I am definitely not a Seven or an Eight. But I am a Four. There is no doubt. I have always been the outcast and I have my own way of expressing myself. Many Fours are artists or go into unique fields. I am a writer and an astrologer. You cannot become more “Four” than that. The type of writing that the Fours go into will never involve writing anything for an instructional manual. That is because Fours are extremely creative and need to be able to use that creativity they have in their writing. That does not mean that Four writers are fiction writers. I don’t write fiction, but I have to use my creativity for the type of writing that I do and that my clients hire me to do.

And, as it was mentioned before, the Fours tend to suffer from depression for a variety of reasons. Yes, they are the one groups that feel misunderstood and want their unique ways appreciated. The Fives also feel misunderstood but unlike the Fours, they couldn’t care less. The Fives just withdraw and keep looking for intellectual stimulation. But it bothers the Fours more than they would want to admit which contributes to depression as well.

Additionally, the Fours will either lean on the Three wings or the Five wings. When they lean on the Three wing that is when they really want to become successful to be recognized for something that is important to them. And when Fours lean on the Five wing, they tend to live more of a Bohemian lifestyle. They still want to make themselves known, but at the same time are less concerned what others think of them, and they just sit back and quietly observe.

I used to lean more on the Three wing before dealing with my intense depressive struggles. However, now that things are under control, I definitely am living more of a Bohemian lifestyle and I like it much better that way.

For more useful astrology information and other esoteric goods, be sure to visit AskAstroglogy.com, and I am a proud contributor to that site as well!