I have made a decision 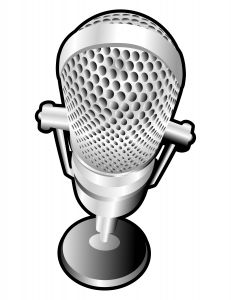 Social media and internet marketing is great. Heck I literally like yesterday opened up a business that designs blogs, posts, SEO and social media pages! And believe me SEO works! My page about my recent book, Stars Behind the Tortured Soul: Healing Past-Life Memories Through Astrology, and about past lives and reincarnation went from a PR0 last week to a PR3 today! I was really thrilled. However, the fact of the matter is, old style marketing is just as effective. In fact in some ways it is more!

I have decided to put an ad in Radio-Television Interview Report because if I get radio stations interested in my book and any of the stuff I can offer, then that will only deliver more exposure. Especially if I am interviewed in the morning or afternoon while the majority of people are stuck listening to the radio in their cars during traffic jams! So lets see what ends up happening with it. Hopefully I will get a lot of interest or I will end up with none. But the guys who work there insist that many radio stations are interested in topics having to do with reincarnation, astrology, and anything esoteric.

Book signings as it is will not drum up enough interest in the beginning because what if no one knows about it? I could show up for a book signing and only have five people come by. That would be a let down. This way, with radio, especially the bigger stations (which should come later since I need to get used to being on radio more) will have more of an audience listening and THEN I can do the book signings. This way if more people know about my work, and are interested I would hope to have more than five people coming.

Again internet marketing is great, but old style marketing is still more effective than what people give credit for. I will have my ads running as of September to December, and lets see what happens after that.