Can Pictures of Puppies be Influential? 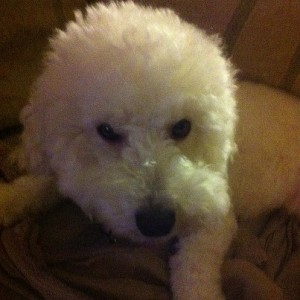 Instead of taking the opportunity to only defend Klout (which I will continue to do since its purpose is still so misunderstood) in this post, I want to dig deeper into something else that I came across. One of the judgmental remarks I have heard many times in regards to Klout is that “your Klout score would go up if you kept posting dumb pictures all the time and got likes for those”. I had noted this statement in my defensive post I had written in regards to Klout a few weeks back.

Funny enough, another statement I heard just the other day was “your Klout score increases if you are always putting up pictures of puppies on your Facebook profile, and get likes for it- so how is that influential?“. I actually have a very easy response to that. And let’s just put Klout aside for now. I am going to give you a scenario.

What I am About to Tell you Goes Beyond Klout

You happen to see someone’s profile that has a lot of high quality activity. How did you come across this profile? Say you found it through a mutual Facebook friend. This person has a lot of people interacting on his or her page. And let’s say this individual’s profession is web design. However, you did not know that this individual was a web designer before seeing his or her profile. The first thing that caught your eye was a picture of a very cute puppy that he or she shared. This image had intrigued you to look at the rest of this individuals’s Facebook profile and you noticed that there was a lot of useful links to blogs on web design and anything related. You sent a friend request to this person, and he or she accepted. The next thing you know you are constantly interacting with this individual on Facebook because the information that he or she puts out there is interesting AND entertaining. And who knows? You may come across a time when you will need web designing help. The first person who would most likely come to your mind is this designer who posted that cute picture of that puppy which had piqued your interest in him/her.

There is a parallel to a guy who brings his dog to the park with if he is hoping to ask a girl who hangs around the area often he likes on a date. The dog would attract her to come up to him and perhaps, once that happens they could get to know one another. I would say there is a better chance of that happening instead of the guy purposely speaking to a friend loudly on his mobile phone and saying how well his web design business is doing.

Same goes for social media. Yes, it is highly recommended to post a lot of information that is relevant to your niche. However, if you want to grow your network and receive more social engagement- you need to post pictures or status updates that will attract and relate to people. Pictures of puppies, kittens, other animals, desserts and candies, beautiful scenery are in fact, in a sense influential- because they are eye candy. It get’s people’s attention and the next thing you know they see that you are posting other things that are relevant to your interests and profession. They want to connect and interact on a regular basis because they are interested in what you are putting out.

I will be downright honest. If someone only posted things related to his or her profession or business, I would not be inclined to connect. Or if I did connect, I would not be motivated to interact with that individual. He or she is only posting about one thing which will not relate to too many people. Even to those in the same or similar profession. People want to see something that will excite them, inspire them, have something to see that is touching and anything that they can relate to. That is what motivates people to network.

I also want to add something important. I have a very big client who struggled to get likes on his Facebook fan page for months. Even though I had suggested to add pictures of anything that would attract people (such as scenery, desserts, etc) for a while he did not want to do that and only wanted anything to do with his business on his page. I had to respect his wishes but knew this was not going to work. I was right and he saw it for himself. Once I started adding appealing images, he got a lot more natural interaction on his Fan Page. No coincidence there.

So I will now answer that question. Can pictures of puppies be influential? Absolutely.

And by the way, that picture on top of this post is my dog, Brady! Whenever I put pictures of him on my profiles, I get a lot more likes for that than I do for articles (articles that are rather interesting I will add) I share on social media or SEO.