Can Ketamine Put an End to the Opioid Epidemic? 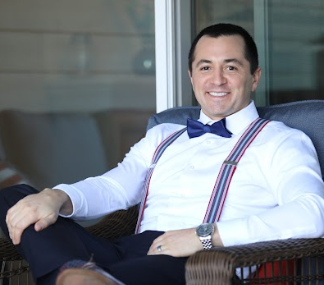 The opioid epidemic rages unchecked. According to recent data from the CDC, overdose deaths from opioids increased to 75,673 in the 12-month period ending in April 2021, up from 56,064 the year before.

Years have passed with mounting statistics and declining hope, but at last, ketamine may provide an answer. This anesthetic drug is rarely addictive when prescribed and taken under a doctor’s care. Furthermore, it shows the potential to stem the tide of the opioid crisis by treating pain in place of highly addictive opioids.

Discovering A New And Unexpected Use For Ketamine

I accepted my first position as a nurse anesthetist and board-certified CRNA at a hospital in Orlando, Florida. After acquiring a year of experience working in an anesthesia care team model, I moved to Albuquerque for a position as an independent anesthesia provider in the labor and delivery unit, covering 24-hour in-house calls. Serving as an independent anesthesia provider was challenging, but it prepared me for my next move.

Out of the blue, an ER physician in Texas called with some fascinating questions. He was starting a ketamine clinic and wanted my insight. I used ketamine extensively as an anesthesia provider, but had never heard of it being used to treat the conditions he was inquiring about. That phone call set me on a mission to find out everything I could about ketamine’s effectiveness in managing mental health and chronic pain.

I thought back over the years when my mom suffered from intractable depression. I hadn’t been able to help her then, but I decided I wanted to do something for people suffering from this disease now.

I opened a ketamine therapy practice to help patients suffering from treatment-resistant depression, PTSD, and chronic pain through ketamine infusion therapy. The results were astounding, but since then my mission has expanded. Today’s research reveals that ketamine is the most promising solution for the nation’s opioid crisis.

History Of The US Opioid Crisis

Opioids are the group of drugs derived from the poppy plant. They include popular prescription pain medications, such as OxyContin, Vicodin, Morphine, Codeine, Hydrocodone, Fentanyl, as well as the illegal street drug, heroin. These drugs block pain signals between the brain and body, bringing a feeling of relaxation. Their side effects include slowed breathing, constipation, nausea, confusion, and drowsiness.

The opioid crisis emerged in the late 1990s as health providers ramped up the number of painkillers they prescribed to patients. During those early years, doctors gave these drugs to millions of Americans suffering from chronic pain. Pharmaceutical companies developed new types of opioids to fill the expanding market, but some of these companies misled the public about the safety of the drugs they were manufacturing. They sold semi-synthetic and synthetic opioids to physicians claiming they were less addictive and had fewer side effects than standard options like morphine.

Health providers actively promoted the new opioids to patients without considering the true consequences. Often, patients misused their prescription medications.  Some did it unintentionally, while many other did it intentionally. Many did not take the powerful drugs seriously enough, having a false sense of security because the pills came directly from trusted physicians. Thousands of people failed to follow critical dosage instructions, or combined the prescription with antidepressants, muscle relaxers, sedatives, and even alcohol. The adverse side effects they experienced as a result were decreased heart rate, slowed breathing, and — in some cases — death.

In the United States, health care providers still prescribe opioids to help patients manage pain after injuries, medical procedures, and surgeries, or to treat severe pain due to health conditions. The rising number of people misusing prescription opioids has led to an epidemic of addiction, sweeping every social class, age group, and region in the US.

The CDC states that opioid-involved deaths continue to increase in the United States and share shocking statistics about the state of the epidemic. According to the CDC, over 60% of drug overdoses are linked to opioids. Since the beginning of the crisis in 1999, the number of deaths related to the misuse of prescription opioids and heroin has quadrupled. In fact, between 2000 and 2015, more than 500,000 people died from opioid overdoses. The current death toll amounts to 91 Americans every day.

Ketamine Emerging As An Alternative To Opioid Pain Killers

Ketamine is a novel therapy that has been shown to be effective for a variety of mood disorders and certain types of pain conditions. Different classes of pain medications reduce pain in various ways. Given its psychomimetic side effects, it is not necessarily the best choice for all types of pain. However, it treats neuropathic pain with long-lasting relief that can often last for weeks — sometimes months. In addition, it markedly reduces pain in patients suffering from central sensitization, a pathological condition where pain transmission pathways over exaggerate pain signals.

This alternative to opioids has recently gained a reputation as an innovative drug used in pain management. It is not nearly as addictive as opioids and has the potential to save thousands of lives. Research indicates that it is safe and has minimal side effects when taken as prescribed and under a healthcare provider’s supervision. For more information on the recent medical innovations concerning ketamine, feel free to contact us or visit our website.