Are All of Your Followers and Retweets Even Real?

You are probably wondering what is up with such a bizarre title. However, you would be amazed at how many people are using black hat tactics in regards to social media. What is it that I mean by that? Many people are buying Twitter followers, Facebook fans, retweets, likes, and they are all fake. This practice is called gaming and it is becoming more and more of a problem. In fact, an excellent article written by Carly Alyssa Thorne was identifying common issues in regards to gaming social media called Who are You Following. 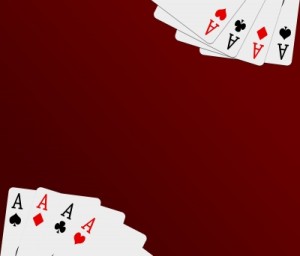 What propelled me to write this post tonight was that I was actually looking carefully at a Twitter profile of the magazine The Atlantic. They have nearly 300,000 followers which is to be expected since The Atlantic is a popular magazine. They follow just over 900 Twitter users, who are mostly editors, publicists, publishers, etc. I examined their Twitter feed and all of their tweets were retweeted, ranging from 5 to over 80 times. The Klout score of The Atlantic is 93, which again is to be expected given that they are a popular publication. So you will expect major brands and celebrities to have over 100,000 Twitter followers, lots of retweets and very high Klout scores, over 85. However, if the average Joe who is not all that well known has a high number of followers, and yes retweets (we are talking even more than 80 retweets here), then something does not add up.

For instance, there is a case of an individual that I would say at best is semi-well known. The person does have a Wikipedia page and a verified Twitter account. This particular Twitter user had over 600,000 followers, and was not even following 400 users. This one had every tweet retweeted over 2000 times!! Even though this person happens to be established, there is no way that all of those followers were real as well as those retweets. And yes, I did examine all of it. Most of the followers were bots and the tweets were retweeted by spammy accounts. I mean come on. This person, semi- well known or not had the double amount of followers and 30 times the amount of retweets as The Atlantic? Seriously?

Unless you are a celebrity or own a Twitter account of a well known brand, it is not very realistic to believe that you could easily attract over 250,000 followers and end up with thousands of retweets on each tweet you send out. Even if you are one of the most influential marketers or social media consultants around. People will easily know if most of your followers are fake, and most of your retweets are from spam accounts. How is that going to help you anyway? That is not genuine activity and that will do you more harm than good because if it is discovered you are gaming the system like that, your reputation will go down the drain. People will see you as dishonest and having lack of ethics.

As I have said many times in the past, you are better off with having 1000 followers who are interactive with you, than 100,000 bots without any interaction! People are not concerned about numbers as much as they are concerned about you being true with your online activities. Think about that before you start buying an obscene number of followers, retweets, likes, fans, etc. Gaming your social media work is not worth risking your reputation. Remember if you want large numbers, keep posting good quality content and your followers and fans will naturally become attracted to you- and not overnight either!