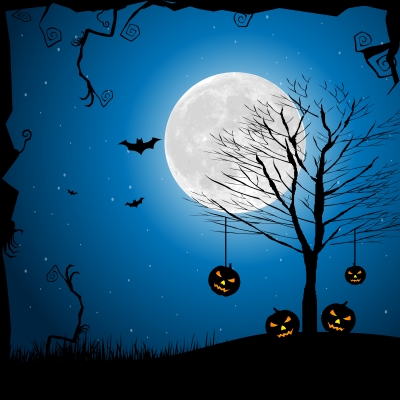 It is Halloween night and the kids had a great time trick or treating. They brought in tonnes of goodies which I am keeping as far away from as I possibly can. Why am I bringing this all up? Halloween of course is synonymous with anything “scary” or “frightening” (or some of us may think it is with “treats” however we are sticking with “scary”). And how does any of this relate to social media?

The fact of the matter is, a lot of mistakes that so many individuals make on social media can be downright scary. I have written on similar topics before however, since it is Halloween night and so many people are still making very frightening mistakes online- I figured it would be a perfect time to go over the major blunders that many people do make.

1. Sharing Offensive or Overly Controversial Content – It amazes me when I see so many people who are even knowledgeable in social media sharing content that would be considered to be offensive such as graphic, sexually related, political or religious related content. If you are working on building your online presence, and your tribe, you will not want to share anything offensive or controversial. If you are only working on building up a tribe of those who would only be interested in that kind of content- that is a different story. However, the majority of people working hard on creating influence online would not want to share anything that could easily turn potential connections (which could translate to clients or joint venture partners) off. Not to mention your reputation would be tarnished if you are constantly sharing content that can easily turn people off.

2. Being Negative and Complaining – It is very tempting to go off to vent if you are having a bad day or even a challenging time. And you do need to let pent up steam off, by writing in your private journal or calling a friend who will care and support you. You must never, ever share your woes on your social networks if you are serious about building a positive presence. What you share stays out there forever, even if you delete it because someone would have seen it. That could be damaging to your reputation if you are known as the one to vent about having bad days.

3. Over Posting – Nothing is more annoying than posting on your networks every 5 minutes. You will drive your connections away because you are clogging up their feeds and they will see you as a spammer. It is best to spread your posts around through out the day and not post more than 2 times in a row. It is recommended to create 7-10 posts a day on Facebook, with Twitter you can post more than that. However spread it out.

4. Going Hashtag Crazy – Nothing appears more spammy than putting more than 3 hashtags next to posts. Hashtags are useful for increasing your reach, however your connections will be annoyed if they see you putting too many hashtags (more than 3) next to your posts. Read this post I had written about hashtags and how to use them.

5. Gamification – A lot of people think it looks good if you have tonnes of followers and fans, as well as likes, and it is if they are all genuine. However, it is very easy to find out if your large following on Twitter is bought (and they would be fake or inactive)- and if you have lots of fake likes. Your reputation will quickly go down the drain if it is discovered you are buying followers or likes. It is much better to have less followers and more true engagement (real people retweeting and liking your content) than it is to have a large “following” and little engagement. Never ever buy fans and followers, go and earn them by sharing good and relevant content, and being engaging.

These are the 5 biggest mistakes that so many professionals who are building a social presence do that end up hurting them in the long run. If you have been making these “scary” mistakes, all you can do is learn from it and be mindful of not making any more of these mistakes later on.