Spreading the Influence with Ethan Vanderbuilt 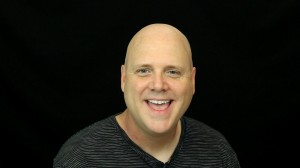 On today’s episode of Getting Social with Miriam, I had another guest who offered extremely valuable information. However before I get into who it was, I just want to say that many of us, perhaps even all of us who are entrepreneurs had at first- while starting out without having any experience had become involved in so called business opportunities that just sounded just too good to be true. One thing that those who are just starting out in business are interested in is making a quick buck. That being said, these so called business opportunities would have sounded incredibly appealing as a result. Not to mention there was always a catch. You were always required to spend out of pocket money in order to join whether it would have been a one time cost or monthly. However, you may not have cared about spending the money at first because you were promised that you would make a lot of money as long as you attended scheduled webinars and calls and followed instructions. Well perhaps you had done all that and found that over time and after doing a lot of hard work you were not given what you were promised. Instead of earning money, you had lost and then you would realize what you were promised was indeed too good to be true. It would be at that time you had realized you had fallen for a scam. My guest for today was an influential scam buster, Ethan Vanderbuilt.

In fact he is the internet?s most trusted Scam buster! Ethan has a business background in small business and internet startups. He has started and run three small technology companies. He is a member of ICCA International Coalition of Advocates. Ethan and I had talked about on the show what the warning signs of a scam are in a business, as well as how you can also determine if the opportunity you have found may be legitimate. Ethan had given valuable advice for those as well who are just starting out in business.