Are safelists really worth your time and energy when it comes to online marketing? 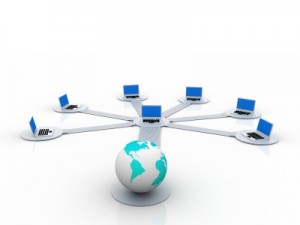 I am a member of several marketing forums and I have seen several threads on this topic- which are about safelists. People have wondered if they are worth your marketing efforts. Some thought they were, but many others believed they were a waste of time.

Here are my thoughts on this. Ten years ago, before social media, using safelists were not a bad way to market. I remember using them and had some success with them back in the day. Obviously, some lists were better than others, and you always had the most response with credit based safelists. Even though those who use these safelists are there to recruit you into whatever they are doing, I found that other users were open to what you were offering. I even made a few friends by using safelists. However, nowadays, I feel they are a waste of time- even the credit based safelists.

I did try using some of the “best” ones (which some had told me about) recently and all it was, was a spam fest! I know what you are thinking which is “well safelists have always been spam fests, even ten years ago”. Okay yes, true. But I found because there were less ways to market and to find online businesses, people were more responsive and read through some of the spam to look at other opportunities that were offered. However it seems like nowadays, those who use it are not caring to look at other opportunities but to just spew their own and hoping other members will take the time to read it.

No, I seriously do not believe that those who are seriously looking for a way to earn an income from home will be reading spam from safelists. Safelists today are so old school- especially with the majority who are using facebook, twitter, youtube, and all sorts of other kinds of much more useful ways to market. Besides, people are busier than they ever were, so it seems anyway. Again, I believe if someone was wanting to look for a way to earn income online, he or she would search for an opportunity through work online forums, as well as methods that I had just mentioned- but not by sifting through spam in safelists. Who has the time, or patience with that since there are much better ways to market your business online?